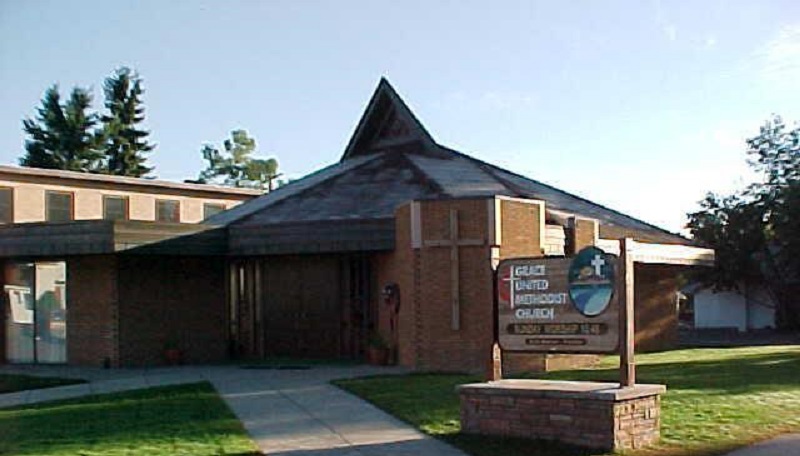 Billings, Montana – LGBTQ+ community members and allies in Colorado Springs, CO are on high alert for threats following a mass shooting at a nightclub.

In Billings, Grace United Methodist Church on Avenue B is a well-known, welcoming sanctuary.

The weekly gathering known as Rainbow Coffee House, which takes place in the church’s basement, strives to give LGBTQ+ kids and supporters access to resources and a secure environment.

Some have questioned whether the church was targeted for its support of the LGBTQ+ community after it was vandalized on Saturday night.

“It’s hard to say whether it’s targeted or not. But it’s not hard to clearly identify that we have to respond differently than other people do, because of the community that we serve here at Grace United Methodist Church,” explained Pastor Sam Beaves-Fisher.

There were three other reported vandalisms in the neighborhood on Saturday night, a Billings Police Department official told MTN News, making it unlikely that the church was specifically targeted.

The church is close to Rose Park Elementary, the site of several recorded window-breaking vandalisms in October.

“Grace has a history of being vandalized for our statements about inclusion,” explains Beaves-Fisher. “So for our community, it isn’t that shocking. However it’s hard, it hits differently.”

Events like this, according to Beaves-Fisher, affect the LGBTQ+ community more than other communities because its members already perceive a dearth of safe spaces in their daily lives.

He adds that it is nonetheless unnerving even if there was no particular reason why the church was targeted.

“It does burden our emotional well-being significantly. It makes us think about, is it safe to sit in our pews on Sunday? What do we need to do to protect these kids?” Beaves-Fisher said.

Police have not yet indicated whether they have any suspects. Beaves-Fisher complimented the Billings Police Department for its prompt response to the incident and the filing of a police complaint.

“Grace United Methodist Church is committed to standing in this tension. We know that by preaching an inclusive message and a theology that’s different than the mainstream culture in this area, that there’s going to be resistance, and we know that that’s not easy,” says Beaves-Fisher. “We know that addressing these issues is multi-faceted. It’s education, it’s violence, it’s policing, it’s understanding the facts and truly working together as a community to do the best we can.”

Annual Christmas Stroll will take place on December 3 on Saturday