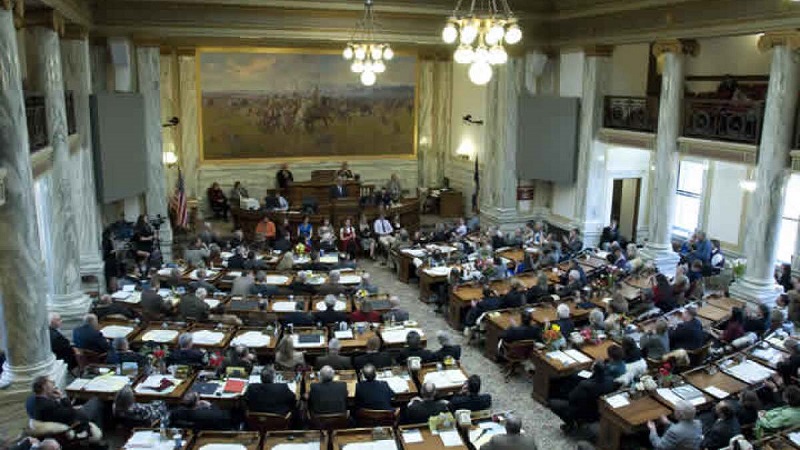 Billings, Montana – Last-minute campaigning for Tuesday’s election in Montana continued despite the cold. On Monday, both House District 51 candidates canvassed Billings in an effort to win over last-minute voters.

On Monday, both Carol Boerner, a Democrat, and Mike Yakawich, a Republican, went door-to-door canvassing for votes in their area.

“Just a chance to meet them, learning about a real important one is neighborhood safety,” Yakawich said.

“Getting to know voters and having them get to know me a little bit, hearing their concerns,” said Boerner.

The results of this election might have a significant impact that goes well beyond this District 51 area in Billings, which covers portions of south and central Billings that run west to Shiloh Road.

Republicans will command a supermajority in the House of Representatives if they pick up two seats in the Montana Senate and keep control of a 67-seat majority. In the Senate, the GOP now holds a 31-19 advantage.

“If we lose those two seats and if the other side gets the supermajority, I fear that the constitution is going away and with it is going away our right to privacy, our voting rights. Our hunting and fishing rights are already being decimated,” Boerner said.

Republicans could hypothetically amend the state’s 50-year-old constitution if they received a supermajority of votes. Democrats have voiced concern that this might pave the way for significant changes to state law, such as reversals of privacy protections that have served as a rationale for abortion legalization in the state.

Republicans contend that the Democratic party is only to blame for its own actions, while Democrats worry about the effects of a supermajority. 36 legislative seats were left unopposed by Democrats in this year’s midterm elections.

“We were going to focus on pivotal races, on races where we could at least have a chance at winning,” said Robyn Driscoll, a former Yellowstone County commissioner and Democratic party chair.

These candidates know that there is a lot at stake since they are well aware of it.

“No matter what happens locally here, city council or on the state level, I just want to encourage people to vote,” Yakawich said.

And they’re both urging people to cast ballots in the current election.

“That is our voice, that is what we, that’s how we have a say in how things are going to be,” said Boerner.