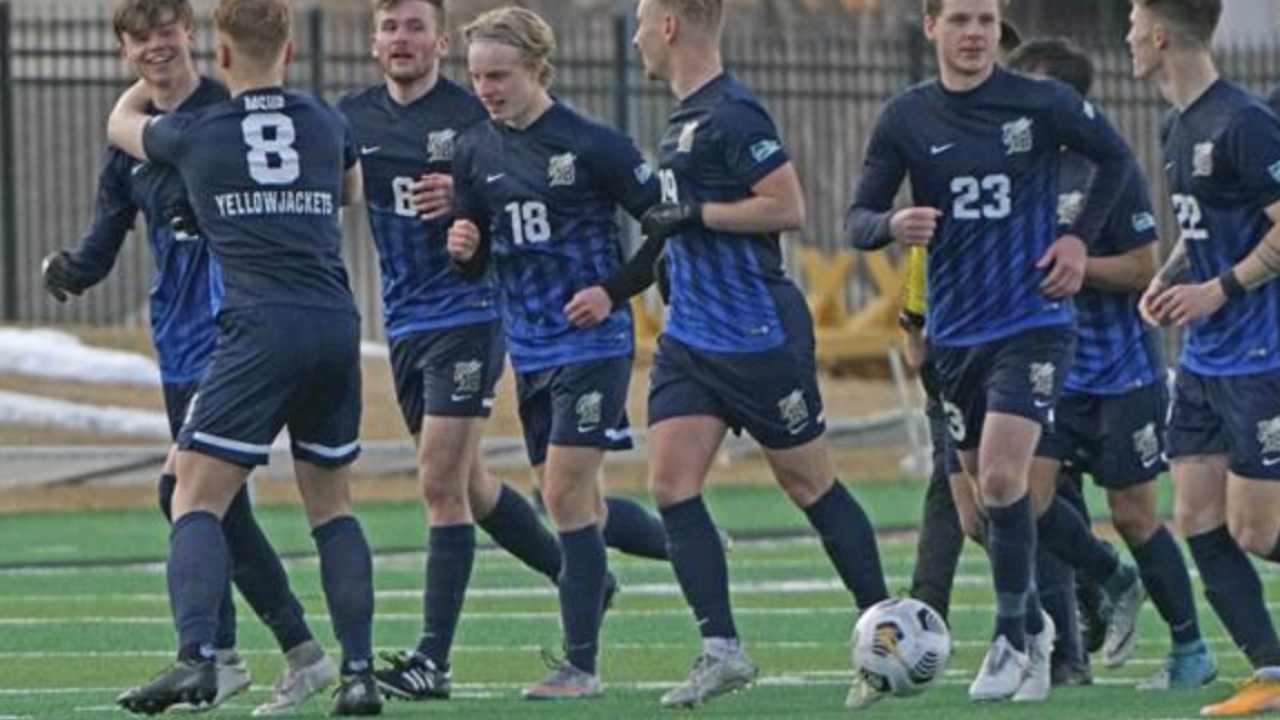 A pair of third-time selections, three repeat winners, and two first-time selections comprised the Yellowjackets’ cast of award winners. “We are very proud of our players for getting this award,” said MSUB head coach Thomas Chameraud. “It definitely shows what we are trying to achieve in the classroom in our men’s soccer program. Soccer is very dear to us, but school always comes first and we make sure our players have everything they need to be successful in the classroom.”

Seniors Shantik Bedrosian and Luca Battistotti were among nine players in the conference to earn academic honors for the third time in their career. A third-year captain on the team, Battistotti has played in 58 matches starting all but one since his debut as a freshman during the fall of 2017. Battistotti is a business administration major who holds a 3.79 grade point average.

A reigning first-team all-conference selection, Bedrosian has played in 42 matches in his MSUB career and has 18 career points with five goals and eight assists. Bedrosian is a health and human performance major and carries a 3.31 grade point average.

MSUB’s repeat selections included juniors Bryan Maxwell, Austin Shafer, and Brady Tesch. Maxwell has seen time in 33 games as a Yellowjacket and started 14 last season in the fall of 2019. The defender is a health and human performance major with a 3.63 GPA.

Emerging into a starter this season, Shafer has played in 29 games and has scored four goals for the Yellowjackets thus far in his career. Shafer has a 3.44 GPA as he works towards his degree in health and human performance. Tesch has also played in 29 games as a Yellowjacket, scoring one goal and adding four assists playing primarily as a midfielder. Tesch has a 3.60 GPA and is also a health and human performance major.

Pascal Pisarek and Aleksandar Garza were MSUB’s first-time selections to the academic all-conference list. Pisarek has featured in 26 matches over his first two seasons at MSUB, scoring three goals while playing a variety of positions. Pisarek is a business administration major with a 3.39 GPA. Garza made his collegiate debut in MSUB’s most recent match against Rocky, earning his first start as a Yellowjacket in goal. He has a 3.20 GPA and is a health and human performance major.

To earn academic all-conference honors a player must be in at least his second season competing in the program and must hold a grade point average of 3.20 or higher.