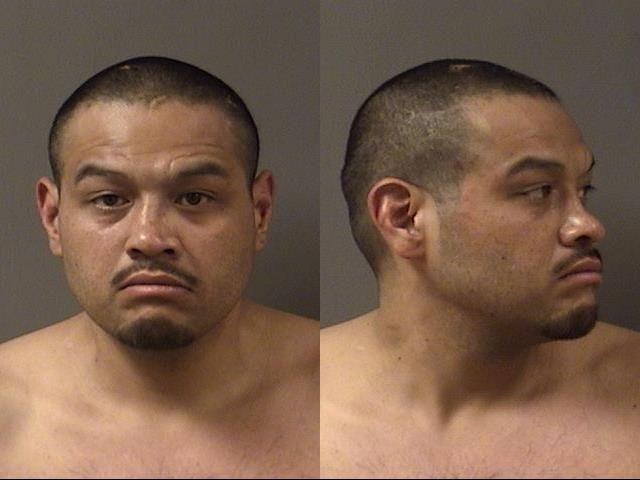 During his arraignment Wednesday morning, George Bosick pleaded not guilty to a charge of assault with a weapon.

We will continue to follow any developments in this case.

Documents state BPD officers responded to the Lazy KT Motel on March 6 around 10:06 p.m. for a reported shooting. On-scene, Officer Malcom was pointed in the direction of a man who appeared to be fleeing the scene. Malcom said he ordered the man to stop running and to show his hands. The man complied and got on the ground. Officer Malcom said he observed a black revolver.

The man was later identified as George Bosick.

According to Malcom, Bosick said “it was an accident.” He also observed that Bosick’s hands were covered in blood. Documents state cover officers arrived and Bosick was placed in handcuffs.

According to court documents, Officers Malcom and Messershmidt proceeded to locate the victim in one of the motel rooms. They said she was lying on her back with a large wound on her head that was bleeding profusely.

Court documents state the victim identified Bosick as the shooter. She was then transported to St. Vincent Hospital for treatment.

Bosick was placed in an officer’s car, where he was noted to be sweating, crying and demanding to know the condition of “his wife.” He allegedly stated that he brought the gun out “to shoot the neighbors.”

After being transported to City Hall and being read his rights, documents state Bosick admitted to shooting the victim in the head, persisting it was an accident.

At the hospital, the victim allegedly advised police the she had been in an on-and-off relationship with Bosick, but had recently broken up with him. She said Bosick insisted on hanging out with her, and wouldn’t leave the motel the night of the shooting, after she allegedly told him multiple times to leave. She said Bosick left but returned with a revolver. She told police they began to argue. Bosick allegedly told her he was going to shoot her and she continued to ask him to leave. She then reported she heard a loud bang and everything “went black.”

Bosick is charged with a felony of assault with a weapon.

The investigation is on-going.

One year of COVID-19 in Yellowstone County