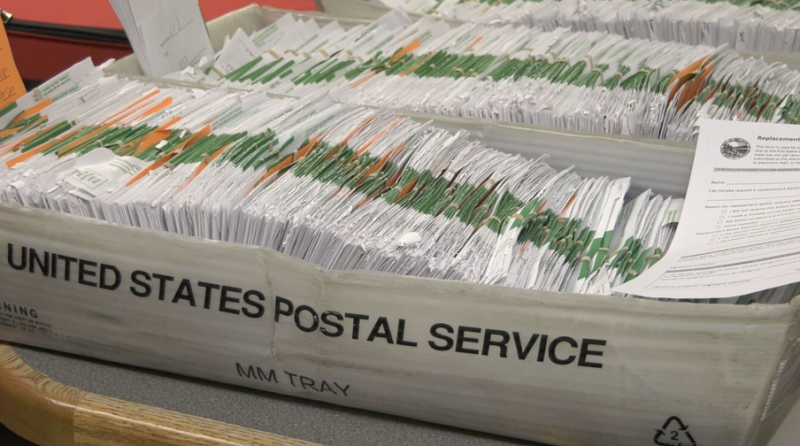 Bozeman, Montana – Some Bozeman residents have yet to receive their absentee ballots in the mail as Election Day on November 8 approaches. It is crucial for people to be aware of their various voting options if they have not yet gotten their ballot.

Residents like Tammy Parrent went into the USPS office on Baxter Lane to check if they could find their ballots after becoming upset that they had not received them through the mail.

“[I] asked if they could check for our ballots, she went to the back, she talked to people and looked around, and she came back with three pieces of junk mail and that’s all she could find that was ours,” says Parrent.

Voters like Kevin Kennedy are looking for alternate ways to handle this situation since they haven’t received their ballots in the mail.

“I called the county elections office and I said get you guys have power says no. Once we get the ballots to the post office, it’s out of our hands,” says Kennedy.

Election Administrator, Clerk, and Recorder Eric Semerad report that his office has received a small number of complaints from residents who reside along rural roadways regarding lost votes. He outlines a number of options people might use to guarantee that their vote is counted. Voter replacement ballots are one of them.

“Replacement ballot request, and the quickest way to do that is just to come into the office here, and you can request that ballot anytime,” says Semerad.

The quickest option to address a missing ballot would be to visit the county courthouse elections office since you won’t need to wait for mail delivery, according to Semerad.

“Have a ballot remailed somebody, but then you’re going through the post office again, you know, may have had the issue in the first place,” says Semerad.

Voters also have the option of having someone else obtain their ballot on their behalf.

According to Semerad, this year’s accusations regarding missing ballots are more numerous than they were in prior elections.

“It seems like it maybe happened a little bit. More this time around, and it’s understandable with the staffing levels that the post office is having to deal with these days,” says Semerad.

As of Thursday afternoon, the elections office had already received roughly 11,672 absentee ballots. Gallatin County has 75,000 registered voters, 63,000 of whom are absentees. Voters don’t always receive their ballots.

“With every election, you send out 63,000 ballots. Some ballots just don’t get there,” says Semerad.