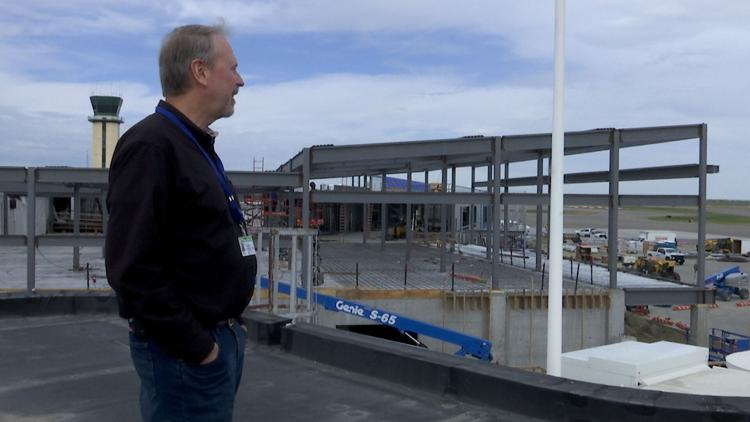 BILLINGS, Mont. – The Billings Logan International Airport said they saved millions of dollars by  starting the terminal expansion project when they did. The project costs about $60 million.

Director of Aviation and Transit for the City of Billings Kevin Ploehn said the contractors have told him he avoided rising construction prices.

“In fact, I just had a conversation with them this week,” Ploehn said.” “And, they said, ‘You were smart to start this project when you did’ because everything they are seeing is going up about 30%.”

Ploehn said when they signed the contract, the price was locked in. The contractors went out and immediately began buying needed supplies.

“We avoided $20 million of extra cost by starting the project when we did,” Ploehn added.

Ploehn said the Great Room should be finished around Christmas or the beginning of 2022. The Great Room will have a fireplace, coffee bar, gift shops, restaurants, and an office area.

Ploehn also said construction crews are in the process of adding windows and a roof to the new concourse. He said they will be adding the siding pretty soon.

“We’re going to have American service to Chicago, direct to Chicago, every day of the week starting in June and going through the first part of October, I think October 6,” Ploehn said. “So, that’s pretty exciting too. That will be the longest direct service to Chicago we’ve had ever.”

Ploehn also advised travelers to book rental car reservations as soon as possible. He said there are fewer cars than normal.

“Rental cars are kind of a concern because getting cars off the manufacturing lines is a little challenging right now because of Chips issues and other parts,” Ploehn said. “So, they don’t have as many cars as they normally do.”