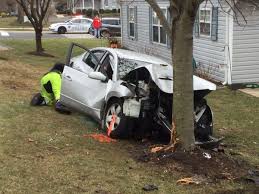 BILLINGS – Billings police officers are responding to a fatal crash involving a single-vehicle on Laurel Road in Billings Monday morning.

Billings Police Sergeant Matt Lennick says the vehicle was traveling westbound on Laurel Road and got off the roadway hitting a tree.

Lennick says a 38-year-old male driver died on the scene, and a 39-year-old male passenger was taken to the hospital with injuries.

Billings Police Department crash team is on the scene.

BPD is closing one westbound lane on Laurel Road between approximately Parkway and King Avenue as they investigate the crash.

MSU Billings Students are excited to be back on campus