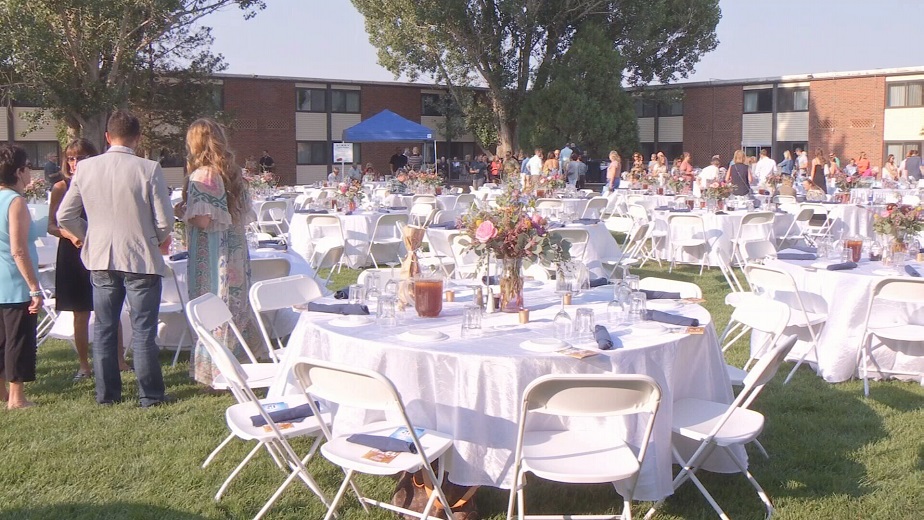 Billings, Montana – Since 1971, the Yellowstone County Boys & Girls Clubs is offering a place for thousands of kids after school.

On Friday, the Billings Hotel & Convention Center hosted a 50th anniversary celebration for the clubs, supporters, and even some graduates.

At the Be Great Ball, the band Free Spirit Soul performed.

Before Covid-19 shutdowns last year, the annual fundraiser was one of the last events held.

It returned this year, this time using the outside courtyard of the hotel.

Silent and live auctions were also used to raise funds at the event.

Jay Kohn, emeritus anchor of Q2, served as the emcee.

Two of the early members of the club performed in the band and returned for the big party.

“It was important then. I can only imagine how important it is to kids this day and age. A place to go, a place to hang, a place to meet with your other friends and stuff like that so I can imagine it’s a really big deal for kids nowadays,” said Lloyd Marsh, who was a member starting in 1971.

“My cousin Robin Martinez and we used to go hang out at the club together as well. And so Robin was also an original Club member,” said Marsh.

“All you have to do is go into the building after school when the kids are there and see what’s going on. If that doesn’t touch your heartstrings I don’t know what could,” David Stensrud said , a former Boys & Girls Clubs foundation campaign chair.

“Our original director Gordon (Eldredge) is here tonight. Gordon and his team created a wonderful experience for the kids, and that’s something we really strive to continue and build upon and make sure that every time a kid walks through our doors, we provide the type of experience they need to find success,” Brian Dennis said, president & CEO for clubs.

The club started allowing girls to join in the late 1980’s as it was originally a Boys Club in 1971.

More information on the anniversary can be found on the Boys and Girls Clubs website.

Public’s help needed in identifying vehicle connected to a shooting