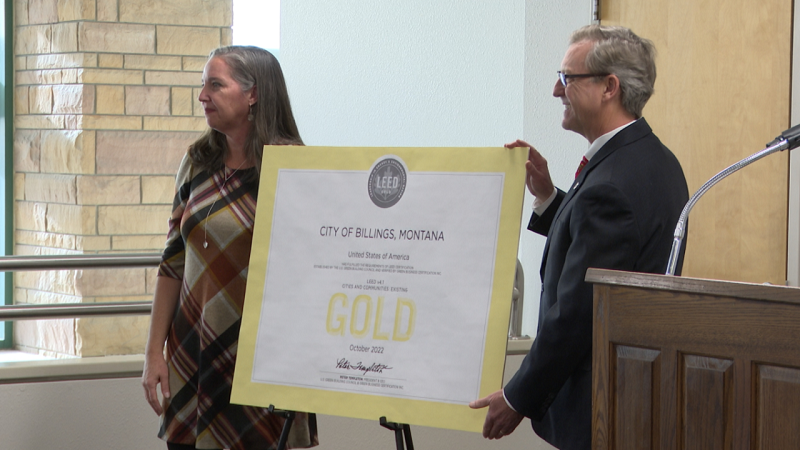 Billings, Montana – The Leadership in Engineering and Environmental Design (LEED) program awarded the city of Billings with a gold certification on Thursday.

Billings has officially achieved gold designation in the LEED program, which rates the sustainability of cities, joining only 20 other cities worldwide.

The state of Montana’s first city to receive any level of LEED certification is Billings. The other LEED awards are certified, silver, gold, and platinum, going from lowest to greatest in value.

At the Billings Logan International Airport, the “gold certificate” was unveiled and speakers from the program and local officials, including Mayor Bill Cole, gave statements.

Cole claimed that the honor embodies some of the special qualities that make Billings so exceptional. “This is a rare and prestigious honor,” Cole said during the presentation. “Billings residents care deeply for the land, each other, Montana, our country, and our planet.”