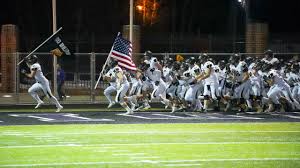 BILLINGS — When high school football practices start on Friday, Neil Daily will be carrying more than his helmet to the Billings West practice field.

The senior-to-be will also pack a chip on his shoulder as he tries to prove himself as one of the best players in Class AA and worthy of the scholarship offer he recently accepted from Montana State. Daily, a 6-foot-3, 210-pound linebacker, gave his verbal commitment to coach Jeff Choate and the Bobcats on Saturday.

“Talking to coach Choate, (defensive coordinator Kane) Ioane and (special teams coordinator B.J. Robertson), they only keep talking how the best is still in the future and how they need those key pieces to get where they’re trying to get. And they’ve been telling me I’m one of those key pieces, and that’s made me feel like they want me there, and that’s what’s been pulling my heart there,” Daily said in a phone interview with MTN Sports on Sunday.

After an 11-4 season that saw them advance to the semifinal round of the FCS Playoffs last fall, the Bobcats have emphasized their in-state recruiting during the ongoing coronavirus pandemic. Early in the process, they identified Daily as one of the state’s top prospects. Though he was a second-team all-state selection at outside linebacker and an honorable mention all-state tight end last season, Daily often doesn’t receive the public recognition of some of the state’s higher-profile players.

Those public slights and the MSU coaches’ belief that he can be a fixture in the Bobcats’ future have only further motivated Daily.

“I think the coaches just see me as more of an unpolished player compared to the media,” Daily said. “I still have a lot of improvement to go, and I know that going into the season. I need to get a lot better if I want to get where the coaches think I can get, and that’s something that’s driving me.”

“I’ve been trying to improve in pretty much every area of my game, because I can see weaknesses in everything,” he added. “Staying lower on defense, getting stronger in the weight room, just becoming more of a vocal leader on the field.”

Daily hopes his improvements help lead to another banner season at West. The Golden Bears went 9-2 last fall, ending their season with a loss to Butte in the semifinal round of the Class AA playoffs.

“My expectations are always going to be pretty high. I believe we have a pretty good team, but we just need to be able to get on the field to be able to show people how good our team is,” Daily said.

The coronavirus pandemic canceled the Montana high school state basketball tournaments mid-brackets and the entire spring sports season, and it will likely have an effect on the fall sports seasons. Class AA athletic directors have already proposed delaying the starts of the football and volleyball seasons.

Unlike his future Montana State teammates, who had their Big Sky Conference football season postponed to the spring of 2021, Daily still expects to play this fall. He’s a “realist,” though, and knows nothing is guaranteed.

Meanwhile, Daily and his fellow Class of 2021 recruits have taken advantage of the extra attention on the recruiting trail. With his announcement, Daily became the 11th known Class of 2021 recruit from the Treasure State to commit to either Montana or Montana State. The Bobcats have landed seven of those commitments, including Paul Brott, Daily’s teammate at Billings West. Brott was one of the first connections Daily made in Billings after transferring from Missoula Sentinel prior to last season.

The group of future Bobcats — which also includes Elijah Reynolds of Red Lodge, Eli Aby of Laurel, Kade Cutler of Drummond-Philipsburg, Jace Fitzgerald of Dillon and Jace Fisher of Troy — keeps in communication in an ongoing group chat. Daily, too, already has a familiar face on the Bobcats’ roster. He was teammates at Sentinel with Rylan Ortt, who completed his redshirt freshman year at MSU last fall and has been selling Daily on the program and coaches.

Daily said both of his parents attended Montana State, too, but he’ll be the first in his family to attend college on an athletic scholarship.

“Over the past few months I’ve been kind of leaning a few ways, and there have been a few people out there who just told me to go where your heart’s pulling,” said Daily, who also claimed offers from Montana, Montana Tech and Air Force. “And for the past few weeks, my heart’s been pulling me toward Montana State.”