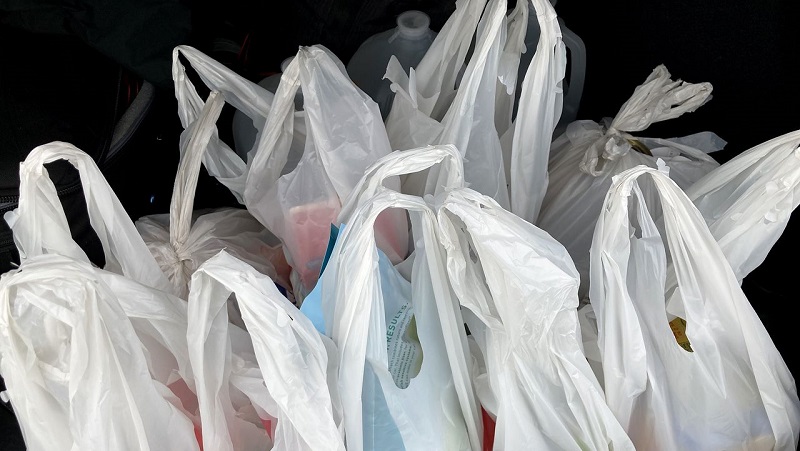 Bozeman, Montana – In addition to a long list of topics that the city would like more local control over, Bozeman city commissioners are asking the Legislature to grant them the authority to outlaw single-use plastic items.

In advance of the beginning of the Helena legislative session in a few weeks, commissioners decided on Tuesday to endorse a resolution expressing their support for legislation that would give local governing bodies that authority back.

A few city supporters put pressure on the commission to support the issue, and as a result, the resolution was passed.

For several weeks, Isaac Cheek, the Cottonwood Environmental Law Center’s grassroots conservation coordinator in Bozeman, advocated for the resolution. Cheeks stated on Wednesday that he sees the decision to restore cities’ authority to enact single-use plastic bag bans as a “formal nudge” to the Legislature.

“The city of Bozeman wants the power back to regulate plastics … I would imagine other cities would like local power back as well,” Cheek said. “We’re trying to be proactive about this pollution issue because we’re already seeing the issue of microplastics and plastic pollution in our backyard.”

The resolution specifically mentions House Bill 407, which overrides any local ordinances that govern the use of certain containers. According to the bill, these containers include bags, cups, bottles, cans, devices, eating or drinking utensils, tools, and other packages made of cloth, paper, plastic, cardboard, aluminum, glass, and a variety of other materials.

The commission has been barred from “fulfilling their constitutional obligation to protect and promote a clean and healthy environment,” according to the city resolution.

It urges that House Bill 407 be repealed or, in its place, that the Legislature act outlaw single-use plastic bags statewide.

Eco Montana, which provides restaurants and businesses with compostable products, is headed by Heidi Noyes. She stated during the meeting’s open forum that demand for their products and services is increasing at a pace of 30% annually.

“There is a will in Bozeman and the rest of Montana to change and to do better,” Noyes said.

Before commissioners decided on the proposal, deputy mayor Terry Cunningham stated that they had a state representative ready to propose a bill on the subject.

Rep. Ed Stafman, D-Bozeman, announced on Wednesday that he intends to present a bill that would lift the prohibition on local governments from banning plastic bags.

“I do strongly believe that this is one of the many issues that properly belong in the control of citizens and of local communities to make their own decision for what is best for their community,” Stafman said.

The resolution adds one more thing to a lengthy list of things the city will be keeping an eye on at the Legislature.

In November, city commissioners established a list of legislative goals for their lobbyists to focus on or support in Helena, including efforts to reinstate a local option sales tax on specific commodities and housing development-friendly regulations.

The start of the legislative session is Jan. 2.