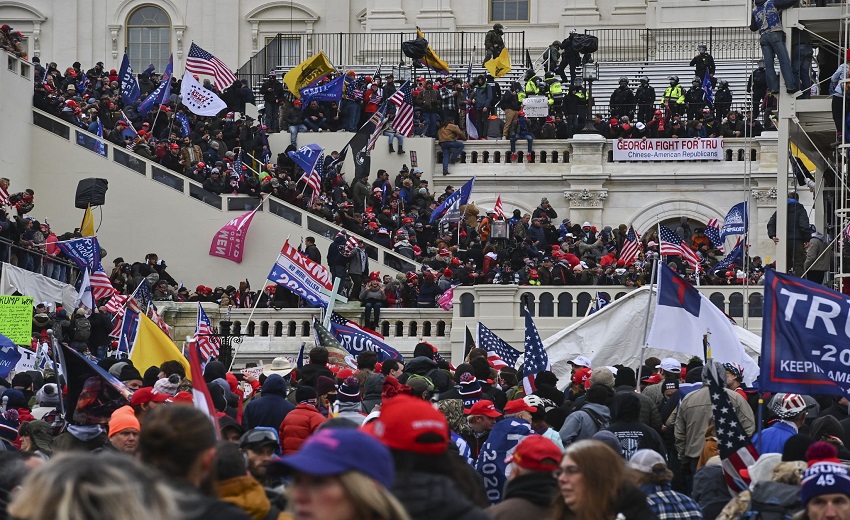 House Select Committee held the first public hearing for U.S Capitol riots on January 6. Testimonies of responding officials to the riots could be heard today at the hearing.

Footages of the violence, which were never seen before, and harrowing stories from January 6 were shared by the police officials who responded including two Capitol Police officials, Sgt. Aquilino Gonell and Officer Harry Dunn, and two D.C. Metropolitan Police Officers, Michael Fanone and Daniel Hodges.

At the hearing, all of them spoke about the confrontation with the violent Trump supporters, who tried to disrupt the certification of 2020 presidential election results.

At the end of the testimony, Dunn stated: “Democracy went on that night and continues to exist to this day. Democracy is bigger than one person and one party. You tried to stop democracy that day, and you failed.”

The House Select Committee is tasked with investigating the riots.

In a rare split with the Biden administration, public sector unions push back on the vaccination requirement for federal workers

American military mission in Iraq to be strictly advisory by the end of the year, President Biden announces end of combat mission