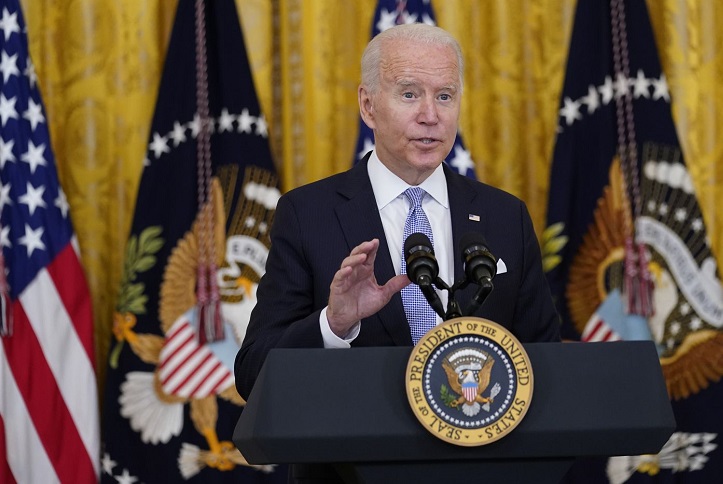 It looks like this week will never end for the White House officials and the Biden administration since all of them face heavy pressure over the ongoing Delta variant spread and increasing number of new Covid-19 cases, hospitalizations and mask and vaccine guidelines.

The January 6 special panel committee should have been the event with the most media and public attention, but it seems like the latest CDC’s mask guidelines and latter Biden’s decision to require all federal workers to get vaccinated, put the first committee hearing in total shade.

And what actually happened? Well, much…

New York Times was the first one to announce a potential new mask guidelines by CDC On Tuesday and that actually happened later that day. Following the latest surge in new Covid-19 cases as a result of the Delta variant, CDC announced new mask guidelines even for fully vaccinated people indoors. Understandably, people immediately went furious over this decision knowing that just two months before their Tuesday’s announcement, Joe Biden decided to lift the mask mandate statewide following CDC’s recommendations. And now they revert it.

And Biden went even further on Thursday, announcing vaccine requirement for all federal workers. According to him, the latest vaccine push will require all federal employees to attest that they have been vaccinated against COVID-19 or be subject to masking, social distancing and weekly testing.

But Biden couldn’t even think about that the influential public sector unions will push back on the new vaccination requirement for federal workers, a very rare split between them and the Biden admin.

Meanwhile, labor groups representing government employees urged their members to get vaccinated. However, most of the leading public sector unions oppose the vaccine requirement, or at least has to be discussed prior to coming with a final decision over the matter.

“We expect that the particulars of any changes to working conditions, including those related to COVID-19 vaccines and associated protocols, be properly negotiated with our bargaining units prior to implementation,” Everett Kelley, president of the American Federation of Government Employees, which represents nearly 700,000 workers, said in a statement.

“This is not the American way and is a clear civil rights violation no matter how proponents may seek to justify it,” president of the Federal Law Enforcement Officers Association Larry Cosme said.

Former president Donald Trump was not the most favorite president to these groups as he often criticized them and cut their budgets. It seemed logical most of these groups to openly support then president candidate Joe Biden and endorse him, but their love is not extending to his vaccine rule, which doesn’t apply to the much larger private sector.

“In order for everyone to feel safe and welcome in their workplaces, vaccinations must be negotiated between employers and workers, not coerced,” American Federation of Teachers President Randi Weingarten said in a statement earlier this week. The group represents educators and health care workers at various levels of government.

With his latest decision Biden wants to also stimulate the private sector and make companies follow his lead, but it looks like this won’t be an easy task for neither Biden admin nor the private companies.

In the recent period some companies already revealed they will require their workers to get vaccinated against the virus. Some of them include Google, Shake Shack, Netflix, Morgan Stanley and Delta Air Lines.