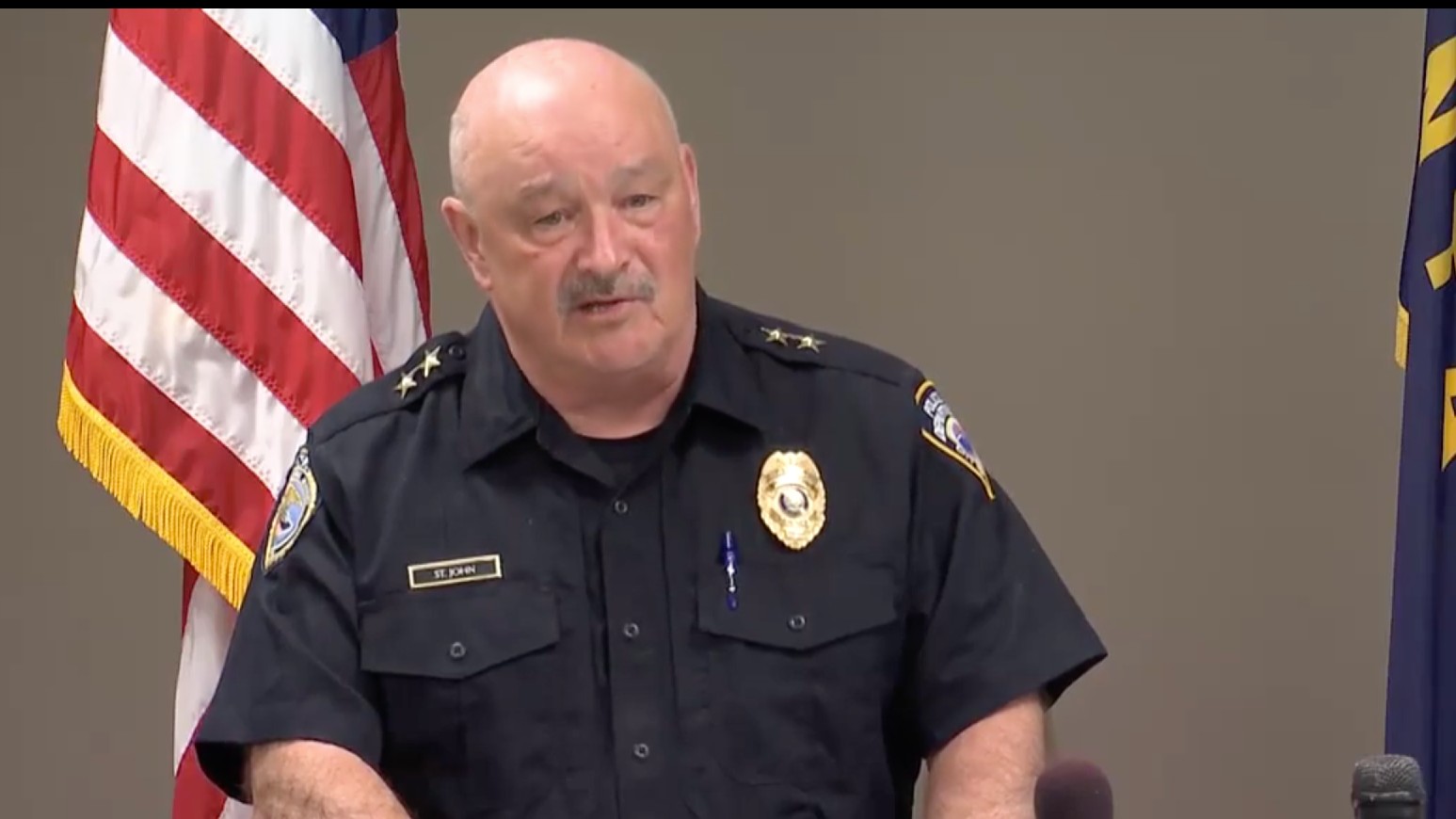 Billings Police Chief Rich St. John held a press conference on Sunday to provide more details about a standoff on Friday that ended in the death of a man who had barricaded himself inside a Billings residence.

Chief St. John said on Friday morning, a Yellowstone County sheriff’s deputy was dispatched to a report of a van trespassing on railroad property. The deputy was unable to locate the van upon arrival.

Around 12:30 p.m. on Friday, Laurel Police received reports of suspicious activity involving a man and woman putting a tarp over a silver van while parked outside a business in Laurel.

When officers arrived, they made contact with the man who was uncooperative, got back in the van, and fled the scene with the woman.

A pursuit began involving the Laurel Police Department, the Montana Highway Patrol, and the Yellowstone County Sheriff’s Office. The pursuit went through Laurel and eventually into West Billings, according to Chief St. John.

The pursuit ended when the van crashed into a cargo trailer on private property on 43rd Street West. The man and woman both got out and fled the van on foot after crashing.

Laurel Police and MHP tased and arrested the woman shortly after she fled. She reportedly suffered no injuries in the arrest.

The body of a dead man was found in the van when law enforcement inspected it. The identity of the man found dead has not been released.

The male suspect who fled the van made his way to Ridgewood Lane South, where he attempted to force entry into multiple residences. The man allegedly shot at a front-door lock assembly in one entry attempt.

The man ultimately kicked open the garage door of a residence in the 4400 block and attempted to barricade himself inside.

Yellowstone County Sheriff Mike Linder and other officers observed the suspect from above in a helicopter following the pursuit. Sheriff Linder was able to observe that the suspect had a handgun and directed deputies to the residence.

A deputy arriving at the residence found the door blocked and heard one gunshot as he attempted to force the door open.

Law enforcement including Billings Police established a perimeter and evacuated some area residents.

Multiple units arrived at the scene, including hostage negotiators and SWAT teams from Billings and Yellowstone County.

Over the next several hours, multiple attempts were made to contact and negotiate with the suspect.

Officers ultimately decided to move on the residence after multiple attempts to contact and negotiate with the suspect failed after several hours.

An armored police vehicle was used to push in the front door of the residence, and officers deployed canisters of chemical agents.

Two teams advancing on the suspect located him in the attic of the residence and saw that he was still in possession of a handgun and was moving.

Chief St. John said a “volley of gunfire” followed, killing the suspect. No officers were injured in the exchange.

The identification of the man will not be released until an autopsy is complete, according to Chief St. John, but detectives believe with “high confidence” it is a man well-known to law enforcement who was a person of interest in another shooting in Billings last Monday.

No other details about the people involved, including the woman who fled the van and the man found dead inside, were released.