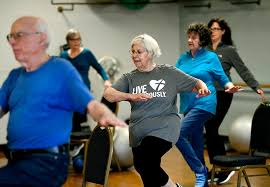 A Billings nursing home said 58 residents and staff have tested positive for the coronavirus and the facility has been put under quarantine. This comes as the state reported on Tuesday its highest daily total of confirmed infections since the pandemic began.

Two of the 43 residents who tested positive for the virus were hospitalized, and the rest remain at Canyon Creek. The facility, which houses seniors including those with Alzheimer’s disease and other forms of memory loss, has 55 residents and 56 staff members.

Pam Donovan, whose 88-year-old father suffers from dementia and has been at Canyon Creek since this spring, said he tested negative initially but was getting another virus test Tuesday. While Canyon Creek appeared to be following proper sanitation protocols, she said that’s not the case in the broader community, with many people not wearing masks or downplaying the virus’ threat.

“This is real,” Donovan said. “It’s not a hoax. It’s not liberals or Democrats. Everyone in Montana says we’ll just buck up and we won’t get sick.”

“I don’t think we have a handle on it. Montana’s always lagged a little behind things, so I’m not surprised it’s hitting us now.”

Results for 24 residents and staff were still pending, according to Koeslch.

The outbreak comes as the number of confirmed virus cases continues to trend sharply upward. Montana health officials reported 80 new cases Tuesday, a record high, although the state still has among the lowest infection rates in the nation.

The state has tallied more than 360 confirmed COVID-19 cases in the past week, making it the worst week since the pandemic reportedly first arrived in late March. The number of infections is thought to be far higher because many people have not been tested, and studies suggest people can be infected without feeling sick.

Nursing homes and other facilities for the elderly have proven particularly vulnerable to outbreaks. An outbreak at an assisted living facility in north central Montana’s Toole County resulted in six of the state’s 23 reported COVID-19 deaths.

To date, at least seven long-term care facilities in Billings to date have reported COVID-19 cases. That’s according to Yellowstone County Health officer and RiverStone Health CEO John Felton. He said the situation at Canyon Creek was of particular concern because of the health issues faced by its residents.

“We are especially concerned because of the challenges those with cognitive decline face in communicating, following personal hygiene instructions and their need for predictable routine,” Felton said. “We suspect that this outbreak began with a staff member or visitor who was infected.”

He added that it was a “heartbreaking example” of what can happen when people don’t follow recommendations to wash hands, keep a distance from one another and wear a mask. Yellowstone County has not mandated masks as some other counties have or are considering.

RiverStone Health vice president Barbara Schneeman said no mask order was being considered for Yellowstone County at this time.

For most people, the coronavirus causes mild or moderate symptoms, such as fever and cough. For some, especially older adults and people with existing health problems, it can cause more severe illness and death. The vast majority of people recover.

In another coronavirus-related development, U.S. House candidate and state Auditor Matt Rosendale and his wife, Jean Rosendale, tested negative for COVID-19 after attending a Republican fundraiser in Big Sky July 30 with Kimberly Guilfoyle, the girlfriend of Donald Trump Jr., who tested positive for the virus following the event, according to the campaign.

The couple self-isolated and have not shown any symptoms, but they will complete a 14-day quarantine and suspended all in-person events until the end of the quarantine period, the campaign said.

U.S. Rep. Greg Gianforte, candidate for Montana governor, is also self-quarantining, after his wife, Susan, and running mate Kristen Juras attended the event. The Gianforte campaign said the three would be tested for the virus but has yet to release results.