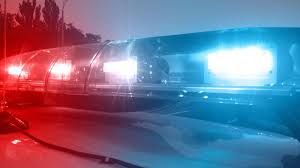 A woman called 911 just before 5 p.m. Saturday to say she’d come home from work and found her son and two grandchildren had been shot, sheriff’s office said.

The 4-year-old was taken to the hospital in Missoula and then air lifted to a hospital in Spokane, Washington, where he is on life support, ABC Fox Montana reported.

The names of the boys haven’t been released.

“The investigation is still ongoing but it appears all that were involved with the shooting were on scene.” Toth said.