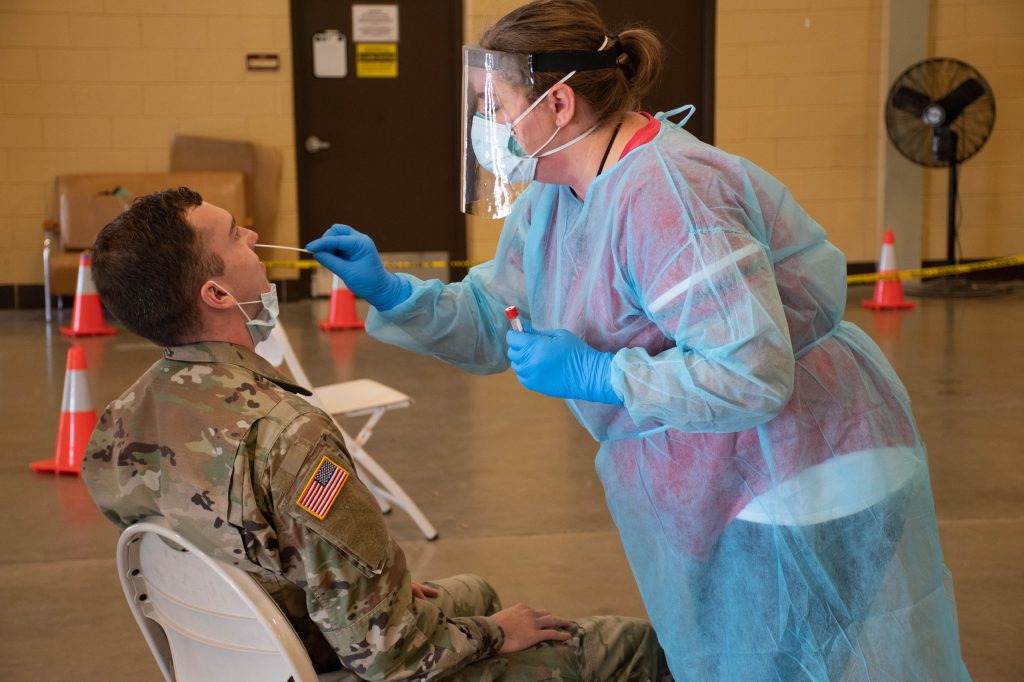 If you’ve traveled the state or talked to folks around Montana, whether it is folks working in the schools, or working in hospitals, nursing homes and assisted living facilities, they will all tell you what a Godsend these National Guard soldiers and airmen have been.

From packing school lunches to cleaning nursing homes, it seems like these soldiers and airmen have been doing it all.

Thanks to the Defense Visual Information Distribution Service (DVIDS) we can introduce you to a couple of the airmen who have been assisting the lab.

As The Army Times previously reported, Montana National Guard troops have also been activated to assist staff at the state prison in Deer Lodge:

The 67 volunteer soldiers will be assisting officers at the Montana State Prison in Deer Lodge over the next two weeks with duties such as distributing mail and meals, laundry and inmate counts starting Tuesday. Their help will free up prison staff for other duties.

Earlier this year, they also assisted the state by conducting screenings at airports and train stations.