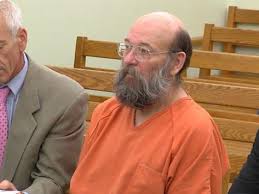 HELENA – The Montana Supreme Court says a man accused of attempting to kill Deputy Mason Moore of Broadwater County can be forcibly medicated in order to stand trial.

The Montana Supreme Court today upheld a Helena judge’s order allowing the Montana State Hospital (MSH) to involuntarily medicate Lloyd Barrus if he refuses to take prescribed medication. Barrus is charged in the March 2017 shooting death of a Broadwater County Deputy Sheriff after a confrontation in which Barrus’s son Marshall also was killed. Barrus was charged with five felonies, but he was found mentally unfit to stand trial and is being held at MSH. MSH’s staff psychiatrist proposed a treatment plan to try to render Barrus mentally fit to stand trial. The plan includes antipsychotic medication, which Barrus refuses to take. The State requested the Broadwater County District Court to order Barrus to take the medication or to allow MSH to give him involuntary injections of the medication. After a five-day evidentiary hearing, the District Court granted the State’s motion. The District Court ordered Barrus to take the prescribed medication or, if Barrus refused, MSH was allowed to involuntarily medicate him. Barrus petitioned the Montana Supreme Court to reverse the District Court’s ruling. The Court affirmed the District Court, agreeing with its detailed analysis that important governmental interests are at stake in this case, and that without a criminal conviction, Barrus could be released from MSH after a short period of confinement. The Court also upheld the District Court’s determinations that involuntary medication is likely to render Barrus competent to stand trial, the medication is not likely to cause significant side effects, alternative treatments are unlikely to achieve the same results, and the medication is in Barrus’s best interest.