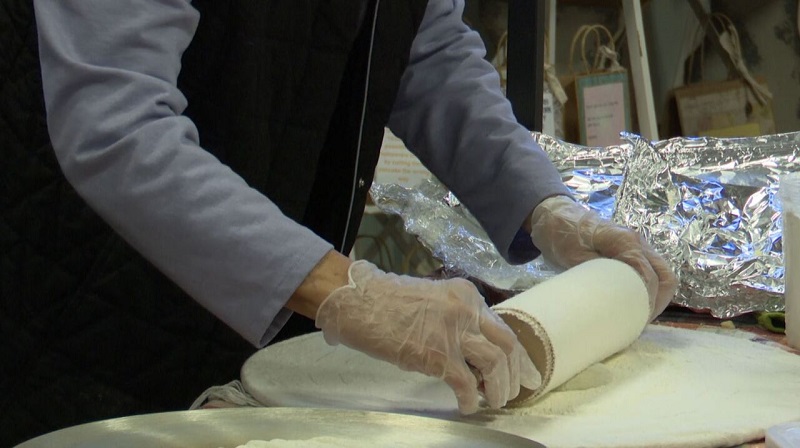 Billings, Montana – People have the opportunity to learn how to create lefse, a typical Norwegian potato flatbread, at Liberty and Vine Country Store. It provides Susan Olsen the chance to delectably impart some of her Scandinavian culture.

Olsen’s grandma taught her how to cook lefse.

“Oh, I’ve done this since I was little. My grandmother was very Norwegian,” said Olsen on Sunday.

She claimed that she is but one representative of the thriving Scandinavian community in Billings.

She has long given culinary workshops in Norwegian cuisine in the city, but this was just her second opportunity to instruct customers on how to prepare lefse at Liberty and Vine.

Traditional soft Norwegian flatbread known as lefse is made from potatoes and prepared on a sizable, flat griddle. Lefse is made with specialized equipment, such as long hardwood turning sticks and unique rolling pins.

In the past, people frequently ate the dish with butter and sugar.

Kristen Kosakura, a student in the class, has the chance to discover more about her Norwegian ancestry.

“My grandmother used to make lefse and I never got to meet her. She passed away before I could meet her,” Kosakura said.

Kosakura learned how to make lefse in class after receiving her grandmother’s recipe from her father.

“Over the ages, we keep losing parts of our culture, so I think it’s important to hold on to that and pass it on to our children,” said Kosakura.

With her daughter Elliana, Beth Bries is doing just that.

“Our family is very heavily Norwegian; my mom’s dad was a first generation in America. So, we make lefse every year at the holidays,” Beth said.

Since she can remember, 12-year-old Elliana has been cooking lefse.

“Just like to learn about my heritage and stuff,” said Elliana.

Nobody, however, loves teaching the class as much as Olsen does.

“When they learn how to do this, it’s just a delight ‘cuz then they can go home and do it too,” Olsen said.

She will conduct two crepe-making sessions and one more lefse workshop in December. For additional information, go to Liberty & Vine Country Store | Facebook.

Family hopes to find their cat after leaving Bozeman