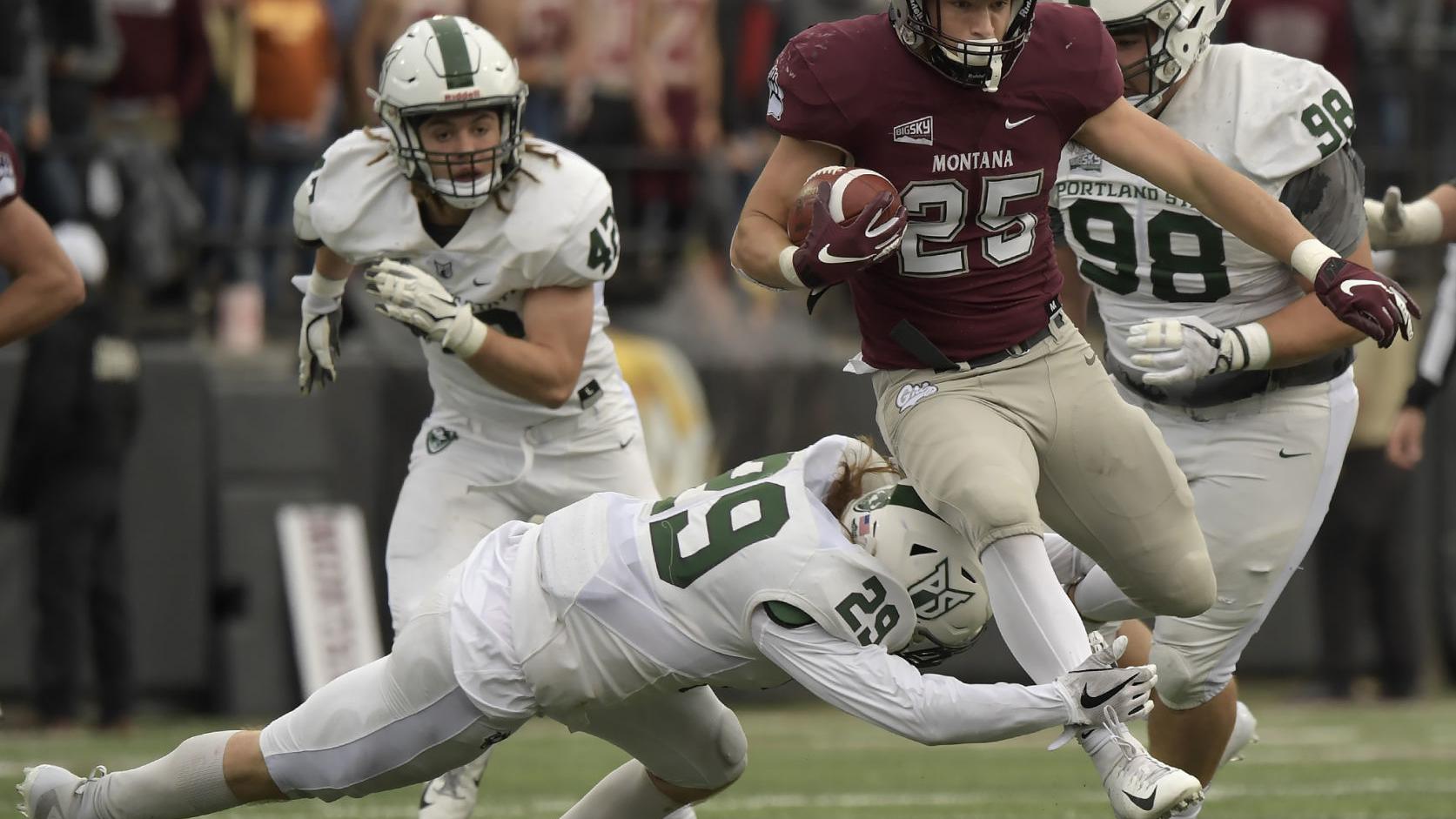 MISSOULA — Senior quarterback Cam Humphrey threw a 43-yard touchdown pass on the white team’s opening drive, but the defenses set the tone from there as the Montana Grizzlies closed fall football camp with a “maroon vs. white” scrimmage at Washington-Grizzly Stadium on Friday.

Earlier in the week, UM’s senior class drafted evenly divided squads – so even that the scrimmage ended with the same 7-0 score.

The four-quarter simulated game featured big showings from familiar names plus breakout performances some of the team’s youngest players as well.

“That was really fun. I was proud of our guys to get divided up and play well in groups they don’t normally play with,” UM coach Bobby Hauck said. “I thought it was sharp, crisp, and hard-hitting. So, it was fun.”

Humphrey connected with freshman receiver Keelan White on a post route for the opening score as part of a 215-yard day of offense. The maroon team produced 332 yards of total offense, led by QBs Kris Brown and Kirk Rygol.

The white team posted six sacks and nearly added to their score with an interception by cornerback Autjoe Soe that was returned 99 yards but called back for a penalty.

Soe’s was one of three interceptions on the day for the white. The other two came from defensive end Braydon Deming and linebacker Braxton Hill.

For Hauck, it was the response the Grizzly defense needed after an offense-heavy scrimmage a week ago.

“The defense played well today. It was good to see them rally back because they got beat in our last scrimmage,” Hauck said. “But I thought both sides of the ball were sharp. It was physical. We ran it well and tackled pretty well. It was good.”

White, a redshirt-freshman walk-on receiver from Canada who earned a scholarship after a breakout true-freshman season, led all receivers with 100 yards on four grabs as Humphrey’s favorite target.

“This was good for them because they were mixed in at times with some of the more veteran guys, which isn’t always the case in practice,” Hauck said of the younger players. “Often times they’re going against guys more their age, so they had to come out and man-up a bit on some older guys, so it will be fun to see the film and see how well they held up.”

The scrimmage caps the roughly six-week “fall camp” the Grizzlies were allotted by the NCAA after the Big Sky Conference canceled fall sports due to ongoing COVID-19 concerns.

Hauck said the Grizzlies made the most of a challenging situation.

“I’m proud of them,” he said. “They’ve played hard every day. It’s been important to them to do things right and well, and in the weird situation that we’re in this fall, the focus and the want-to have been tremendous. So, I’m proud of our team, and I’m looking forward to the next time we get to play.”

The Big Sky announced a spring season in 2021 Wednesday. The Grizzlies open the year Feb. 27 at Northern Arizona.