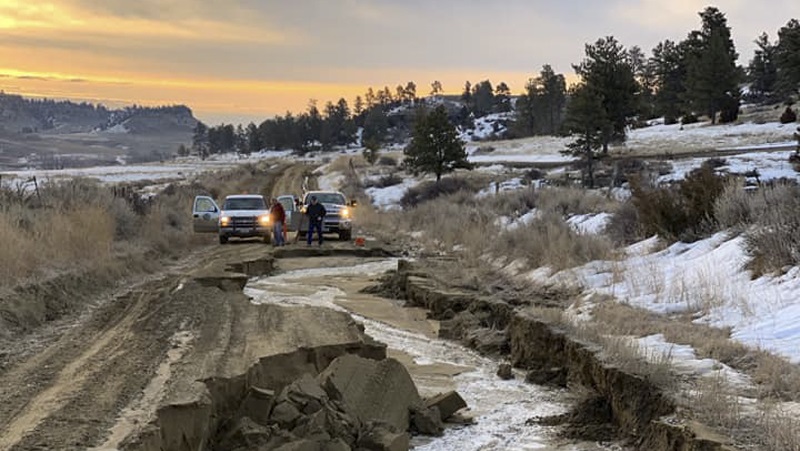 Stillwater County, Montana – The devastation of the road leading straight to the Stillwater Mine was one of the most major disasters after the flood waters roared through southeast Montana over five months ago.

Although the mine has been able to run, locals are starting to worry about when the road will be fixed. The Stillwater County commissioners met with engineering consultants on Wednesday night at the Nye Fire Hall to discuss their plans to reconstruct the road.

Commissioner Tyrel Hamilton claims that the county has been given permission to start the procedure.

“So we are good to get construction started on this as we have been with all other road projects in the county,” On Wednesday night, Hamilton spoke to the about 30 people there.

The objective, according to Hamilton and the other two commissioners, is to ensure that the road has been restored in time for highwater season the following spring.

“From the county’s perspective, I think we’re fairly confident that that roadway is going to be restored for public access come next spring if everything goes right this winter,” Hamilton said.

According to county officials, the construction period has been delayed by federal red tape but not for a lack of effort.

“We’ve been trying to push really hard. We’ve met with Sen. (Steve) Daines. We’re continuing to try and get a meeting with Army Corps because a lot of these permits, one will be reviewed and the next agency wouldn’t review it until the first agency is done,” Hamilton said.

Federal restrictions state that no activity on the river may begin before the end of the Brown Trout spawning season, which ends on November 15. Construction will take done during the winter, according to officials, to prevent more harm to the area when the water speed gets back up.