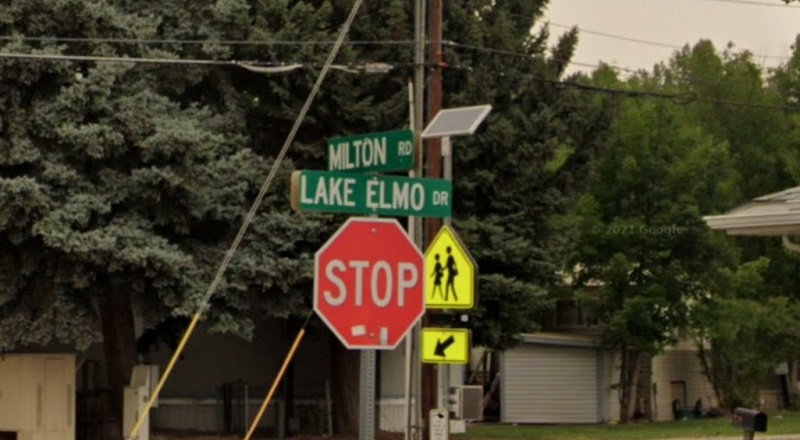 Billings, Montana – A hazardous section of Lake Elmo Drive will get new traffic safety measures from the city of Billings.

The choice was made as a result of a citizen’s online form submission on the Public Works website in May. According to a city news release, members of the Billings City Council also received emails from concerned residents regarding the street.

While walking to school on Lake Elmo Drive in 2022, at least two kids were struck by passing vehicles.

Despite the fact that Lake Elmo Drive is largely made up of houses, one mother claims that she thinks many people use it as a street.

Engineers have been measuring and planning changes to the street since May, according to the city’s press release.

“A portion of Lake Elmo Drive is parallel to Bench Elementary School, so many of the recommendations by Public Works focus on student safety,” the press release states.

In order to reduce the number of kids crossing the busy street, school buses also stop on both sides of the street.

Milton Road will receive a 25 mph school zone as well as flashing beacons. Additionally, a flashing beacon will be built near the crosswalk at Lake Elmo Drive and Uinta Park Drive.

These flashing beacons are already in use and working well elsewhere in the city, according to Fogelsong.

“We found that folks are really using those, the kids are focused there, and drivers are noticing those, so they’re really effective,” Fogelsong explains.

That’s not all, though.

The Montana Fish, Wildlife, and Parks building on Lake Elmo is said to be close to a dangerous bend, according to the city. The city will also add signs and striping to alert drivers of this curve in an effort to reduce accidents.

“There’s kind of that short radius curve there. The drive’s a little tough if you’re driving too fast,” Fogelsong says. “So we’re updating some signage and things in that area to kind of make it a more safe curve, so people know maybe if they’re out of the area that there’s a sharp curve coming.”

The city is also advising Bench Elementary School to hire a crossing guard, along with other recommendations for Billings drivers.

City authorities advise motorists to exercise caution when driving through school zones, even if no signage is there.

Annual programs and operating monies are being used to pay for these upgrades.

These projects also have various deadlines for timing.

“We’re going to try to do the signage and striping up near the actual lake, hopefully shortly here, weather permitting,” Fogelsong says. “Some of the crossings and the school zone is probably going to be next year with the equipment orders and those types of things. So probably in the spring.”

Parents in the Heights demanded action, and the city is attempting to produce results.