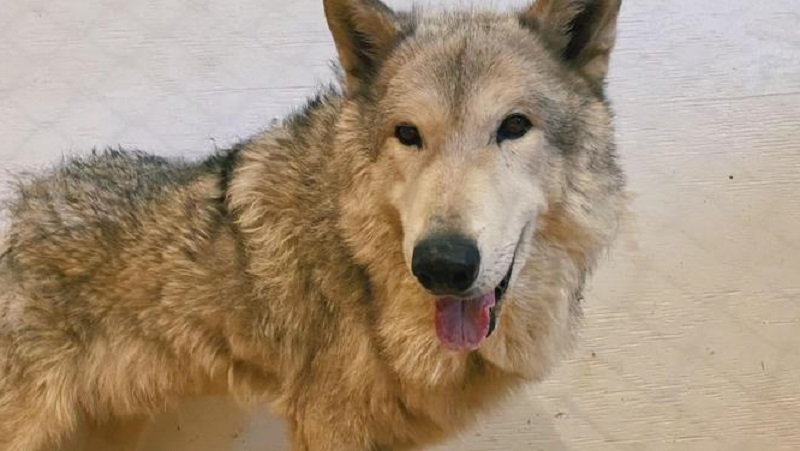 Billings, Montana – Dakota, a wolf at the Yellowstone Wildlife Sanctuary (YWS), passed away.

Ginny, Dakota’s sister, passed away on October 12 earlier this month.

The wildlife refuge claims that the mother of Ginny and Dakota was a part of a wolf breeding operation when they were born in 2009.

When the sanctuary where they had been living closed in 2019, they were moved to YWS.

When the staff came, Dakota would sprint down the hill to meet them, chewing his jaws together with excitement and flashing his incredible smile. He and Ginny would greet each morning with their howls, encouraging the coyotes and cranes to join in. Dakota enjoyed rolling about and sniffing things with interesting scents, especially urines. His caretakers usually complained that his favorites had the foulest odors, but he was always delighted to assist them in partaking in the fun.

After losing his sister and best companion for life a little more than two weeks ago, Dakota has decided to follow her one last time. He handled the initial loss well, having seen the warning indications of her impending death before they materialized. After that, he continued to play and socialize with keepers with enthusiasm, but in a relatively short period of time, he started to exhibit physical signs resembling Ginny’s decline. In addition to being inseparable best friends, Dakota and Ginny were also littermates, so it is not surprising that, at well over thirteen years old, they would be experiencing the same health problems.

These symptoms manifested considerably more quickly in Dakota due to the loss, and it became clear that it would be better for him to let him go. On October 28th, in the company of those who loved him, Dakota attained peace.

We sincerely apologize for having to share this news and thank everyone who sent their condolences and memories of Ginny. We are really fortunate to have the best wolves in the world under our care.