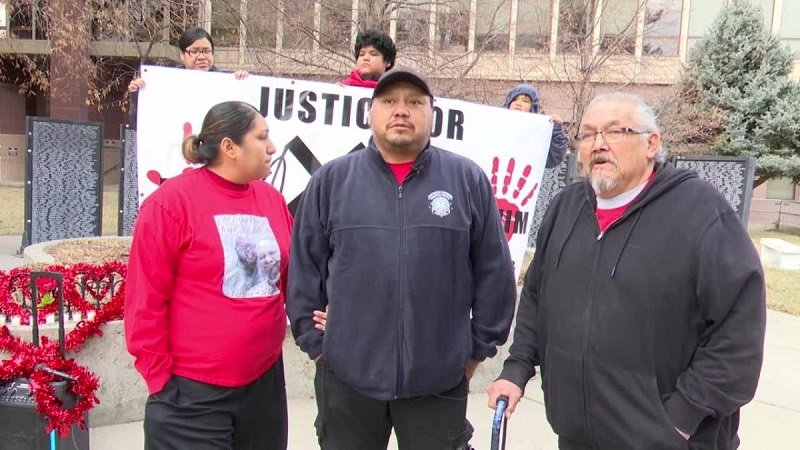 Billings, Montana – Joey Little was discovered deceased at his Briar Patch Apartment residence on December 5. A vigil was held on Saturday in front of the courtroom in Yellowstone County where his family is seeking justice for his slaying.

“I can’t really put an expression on it. He’s just gone. When I come over here to Billings since he lived here, it’s never going to be the same,” said Maurice Little Jr. – Joey’s brother on Saturday.

To mourn and respect their loved one, family and friends gathered during a vigil in downtown Billings from nearby communities.

“Everyone that knew Joey, knows that he was a really good kid… It hits you; it hits you hard. Especially when it happens to someone so close to you,” said a friend of Joey at the vigil.

Little was fatally stabbed between Saturday, December 3rd, and Monday, December 5th. The attacker is still at large, and his family is still looking for answers.

And according to Little’s father, crimes like this are all too frequent.

“All over Montana and wherever else, I wish stuff like this would just stop. It needs to be stopped somehow, and I wish that everybody would come together and help each other,” said Maurice Little Sr. – Joey’s father, on Saturday.

The family said they’ve been in touch with police about the inquiry on a regular basis and expressed confidence that they’ll have more information in the coming weeks.

“They (police) said they have suspects and right now they’re just gathering all the evidence that they need to. They’re pretty confident that they’ll get arrest warrants,” added Little Jr.

They honored a man on Saturday who, in their words, was “full of love and loved to make others happy.”

” Someone they called, a “gentle giant.”

For the time being, their goal is to keep doing everything they can to remember Joey and make sure that others don’t have to endure the same suffering.

“It’ll never stop in any place, but hopefully people realize that you need people to come out and help each other, so that hopefully things like this won’t happen anymore to anybody,” added Little Sr.

Fire in Bozeman described as a “Complete Loss”

Billings garage fire without any injuries