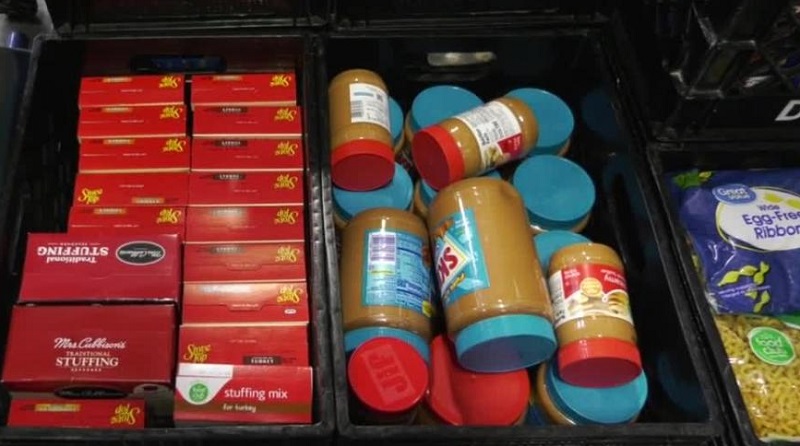 Bozeman, Montana – The University of Montana lost the Can the Griz food drive to Montana State University and the Gallatin Valley community. Can the Griz is an off-field contest in which MSU and the U of M compete to raise money and food for their respective communities. MSU has only lost four times in the competition’s 23-year history.

“U of M had over 428,000 combined dollars and pounds of food while MSU had over 613,000,” says Gallatin Valley Food Bank Program Manager, Laura Stonecipher.

It is remarkable how much food and cash the food banks have managed to raise to help feed Montanans.

“What’s really exciting is if you add those two communities together, it’s over a million pounds of food and dollars,” says Stonecipher, “Those results are larger than the state of Montana’s population.”

According to her, the amount of food provided will maintain a steady supply at the Gallatin Valley Food Bank.

“It’s been a tough year,” says Stonecipher, “Our food purchasing budget has really been rundown because we’re paying more to buy food. So all of the foods and funds will just help replenish our inventory.”

The gifts and assistance from Can the Griz were much appreciated by the food bank.

“We appreciate being able to support and serve our communities and truly are grateful for everyone who made a contribution,” says Stonecipher.