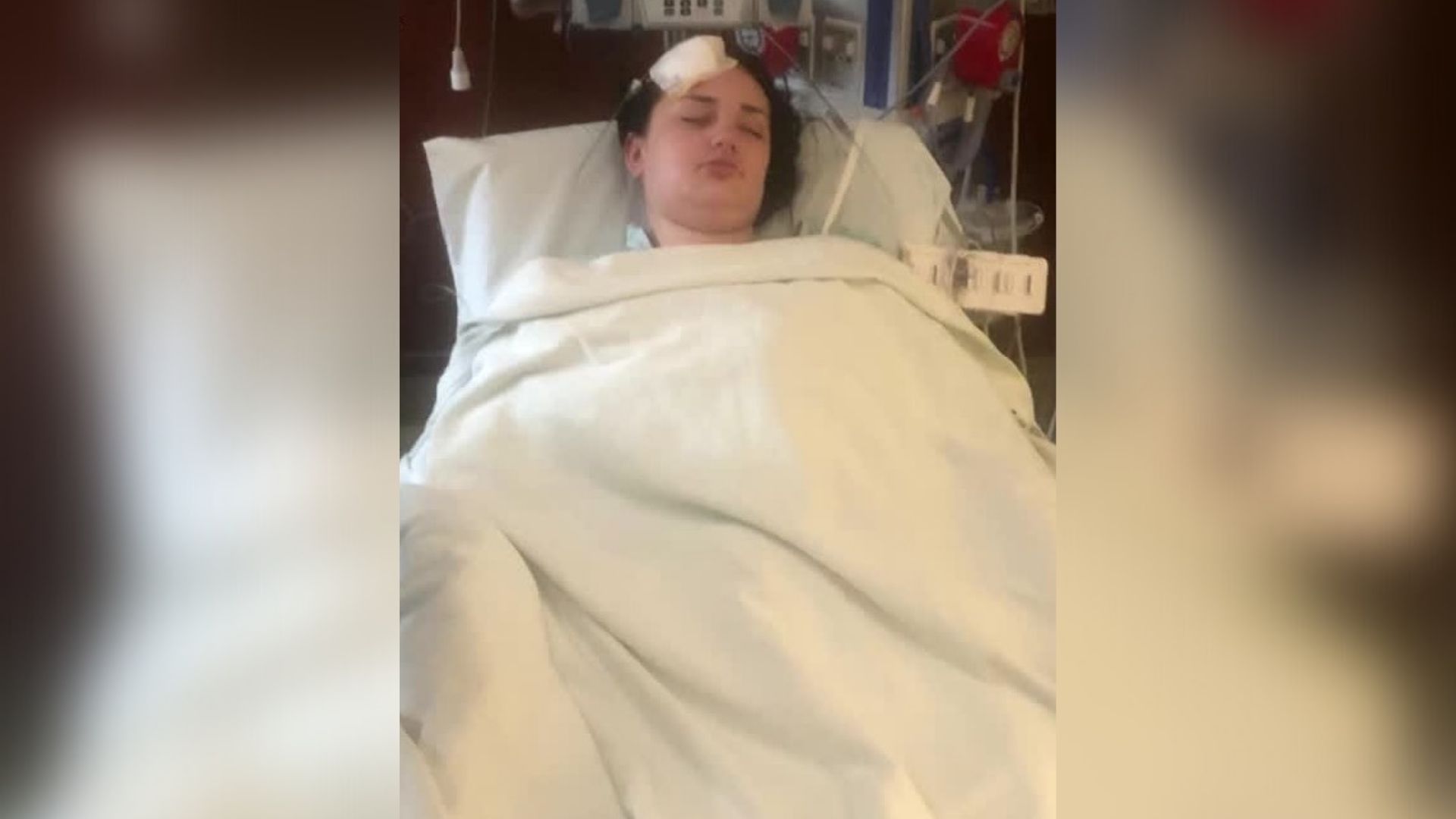 Billings, Montana – A tumor removal brains surgery was performed on a teenage girl.

Few months ago, Kenzie Rogers visited a local hospital after she suffered from headaches and experienced dizziness.

Doctors at that time weren’t able to determine what was wrong with her.

Couple of weeks later she felt ill again and was hospitalized at St. Vincent Healthcare hospital.

After a CAT scan revealed a huge tumor within her brain, the hospital summoned Neurosurgeon Stewart Goodman to conduct an emergency craniotomy. Kenzie was undergoing brain surgery one hour later.

“The risk is that she can die suddenly, die in a flash at any moment. We had to move and move fast, and we don’t know how much time we have but you just can’t delay,” said Dr. Goodman.

Kenzie Rogers is feeling good now and is lucky to be alive.

“But when I woke up I felt great. I was really shocked when I saw my hair, I really was, but I felt so much better. I didn’t realize how sick I was until that happened. He did basically say I probably only had a few days left, maybe a week at that,” said Kenzie.