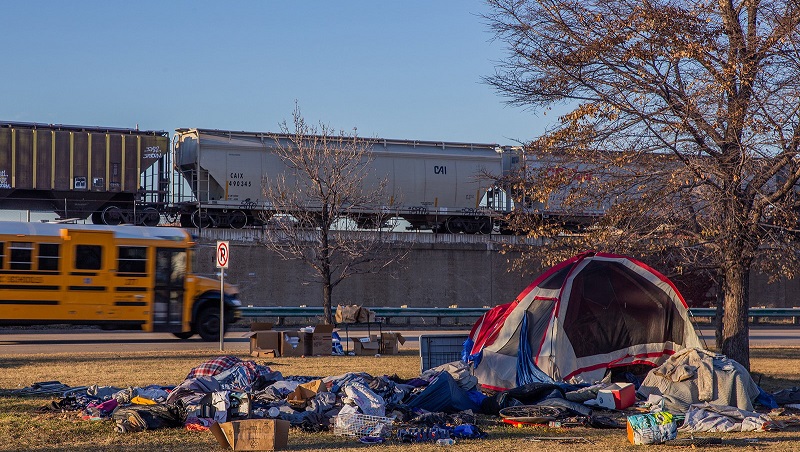 Helena, Montana – Winter weather has increased the need for organizations in Helena that assist the homeless.

“We normally have beds available until it does get cold, but we were full all summer long and the way that it’s looking as it leads into winter is just last night we had 31 people check-in. So that’s going to start being our nightly occurrence,” said Gods Love Office Manager Rachel Saunders.

One of the non-profit organizations that assists the area’s homeless is God’s Love, which is situated in downtown Helena.

Each winter, the charities typically encounter over 100 persons in need. Although January is usually when they are busiest, this year they are experiencing that level of demand two months earlier than usual.

According to Saunders, people aren’t typically turned off by God’s Love. When it’s below freezing, their major priority is the person’s safety.

According to Ranalli, some unprotected areas could reject God’s love. Nonprofits like Good Samaritan have greatly aided in securing accommodation in such situation.

“With the weather changing, they have, you know, assisted them in getting hopefully some housing or, or they have provided tents. So that’s kind of the biggest resource right now,” said Ranalli.

According to the website for Good Samaritan Ministries, they collaborate with the neighborhood United Way to provide a variety of housing help programs. including help in an emergency.

In the summer, HPD also employed a community outreach officer to work with unsheltered residents in the neighborhood, but this was a temporary post that made use of a school resource officer.

“It helped with regular calls for service with our patrol division that they could focus on calls other than the homeless population calls, and also gave that officer a better insight that was assigned down there. Um, to get to know the homeless population, um, have that rapport with them and you try to assist them in getting resources,” said Ranalli.

According to God’s Love, they are now in great need of cleaning materials and toiletries if anyone is looking to contribute.

This winter, they will continue to assist those in need by using all of their available space.

“And we fill every inch under tables, under desks. We open up this area that me and you were sitting in,” Saunders said, “This is the nursing facility. We open this whole section up and we just put cots throughout the entire building wherever we can.”

Students in Butte gather donated food to feed the poor