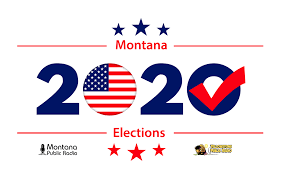 Gallatin County has issued more than 62,400 ballots and received 29,520 returned ballots for a 44% turnout rate in Montana’s first statewide all mail-ballot primary election.

Across Montana, 602,692 ballots have been issued and about 312,398 have been returned, a turnout rate of 52%, according to the secretary of state’s website.

The number of returned ballots is already higher than Montana’s previous primary record, which was set four years ago when 293,548 votes were cast out of 648,764 ballots issued for a 45% turnout rate.

Like the state as a whole, Gallatin County also had its highest number of ballots returned for a primary in 2016 when 68,742 ballots were issued and 28,155 were returned — a 41% turnout rate.

However, this year’s turnout rate is not yet a record for Montana’s primary elections. The highest turnout rate in a statewide primary was in 1972 when 70.7% of voters returned their ballots, according to the secretary of state’s website.

Montana voters are choosing candidates in some highly contested races, such as those for governor and the state’s lone

In Gallatin County, there are contested primaries in five legislative districts. Voters are also deciding whether to raise their property taxes to provide additional funding to the 911 Dispatch Center and search and rescue.

While it is too late to mail ballots, voters can drop off their ballots at polling places and the county courthouse from 7 a.m. to 8 p.m. To be counted, ballots must be placed in the drop-off boxes by 8 p.m.

Those who still need to register to vote must visit the county election department Tuesday between 7 a.m. and 8 p.m. To maintain social distancing, only five people are allowed in the office at a time. In-person voters must be in line at the courthouse by 8 p.m. for their ballot to be counted.

Hayes anticipates that the first election results the county releases will be more complete than they have been in the past because a new law allows election departments to begin counting ballots farther in advance of Election Day than previously allowed.

In compliance with the new law, Gallatin County election workers began removing ballots from their envelopes on Thursday and began counting ballots on Monday. So far, the ballot counting has gone smoothly, Hayes said.

The county won’t release election results until the last in-person voter casts their ballot. If there is a long line of people seeking to register to vote at the courthouse when polls close, it may take some time to release results.

“We are planning for lines, but we don’t know what to expect,” Hayes said.

Thousands gather in downtown Bozeman for protest for racial equity