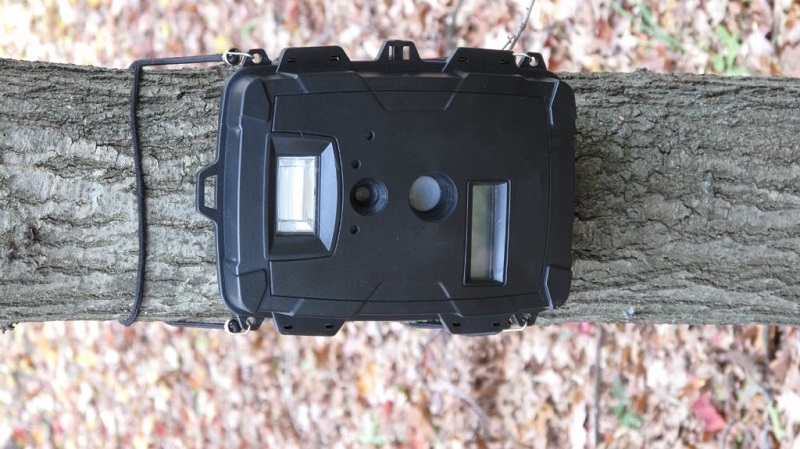 Helena Montana – Trail cameras are essential pieces of gear for hunters, wildlife enthusiasts, and law enforcement like game wardens whether you can see them or not, but they can also have negatives.

However, Spy High Mounts from Montana is attempting to change that. The traditional trail camera can only be hung as high as one’s arms can reach, making them vulnerable to manipulation by a person or animal.

“Bears really like cameras, so hanging them down low. The bears — you get a lot of bears that would chomp on the cameras or tear them off the trees,” said Spy High Mounts co-owner Brad Marten.

Marten, one of the three persons who own Spy High Mounts, said his partner, former federal trapper Steve DeMers, was the one who came up with the idea after discovering that some of his trail cameras had been tampered with while he was working.

Demers developed the first version of what is now called the “Spy High Mount” in order to hide the camera from both people and animals.

The system is faster and safer than using a ladder or climbing a tree to place the game camera out of reach since it consists of a mount that fastens to a pole that screws into a tree and an adapter that hooks trail cameras to the mount.

“Minimizing your time and your hunting area, a lot of hunters are real cognizant of their scent and being in that area,” said Marten. “You can put a camera up in 30 seconds or less and, and be out of that area.”

People started requesting versions of the mount soon after DeMers made his prototype, and the ball started to move.

“People started asking, ‘hey, build me one,’ and so from there, we started going to the design phase and engineering,” said Marten.

According to Marten, they currently distribute their products to Canada and Australia in addition to the dozens of smaller dealers they currently supply to around the United States.

Like most businesses, Spy High Mounts had a number of obstacles as a result of the COVID-19 outbreak, but despite everything, the company’s founders remain happy to produce their goods in Montana.

“In manufacturing, we take a lot of pride, everything’s, you know, assembled by hand, we, you know, wear all the hats for the company,” said Marten. “We all have day jobs and call Spy High our all-night job, but take a lot of pride in a product that’s made in the United States, made in Montana.”

Fish, Wildlife, and Parks regulations prohibit the use of “any electronic motion-tracking device or mechanism that is designed to track the motion of a game animal and relay information on the animal’s movement to the hunter” during hunting seasons, despite the fact that the Spy High mounting system is a useful tool for a variety of people who work and enjoy recreation in Montana’s wilderness.