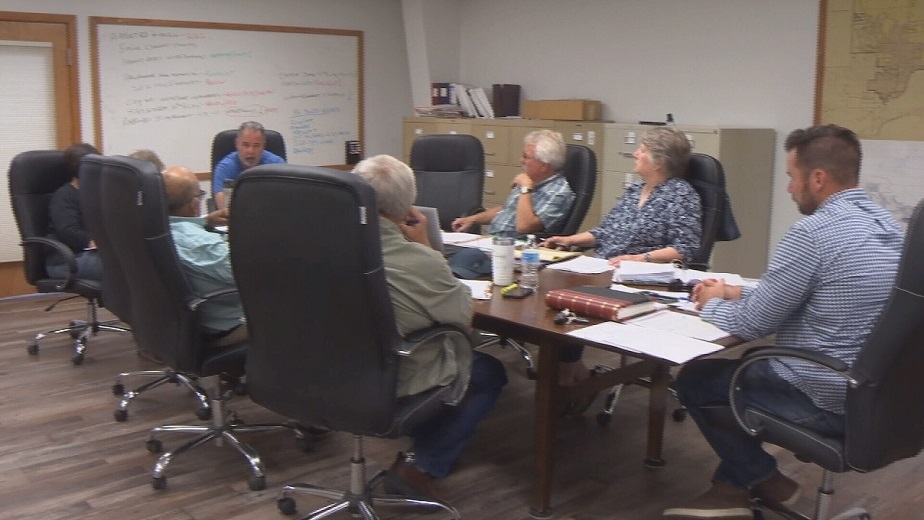 Billings, Montana – A new Billings Heights Water Board met this week after many postponed meetings and different interpretations of elections.

On Wednesday, six board members attended the meeting at the district office.

The cause of the previous meetings cancelations was because the old board did not recognize three newly elected members after the May election. They also didn’t recognize trustees appointed by the county and city.

The board members now say they’re ready to cooperate.

One of those appointed members talked about the newly elected trustees.

“It’s kind of unpleasant to win an election and people were on a real high and then to have the nonsense come out, which basically said you’re not welcome. You know, we’re going to appoint people that put you in the minority and we’re going to continue business as usual. I think it’s a board that has a diverse set of skills, has a good background in a variety of ways, will bring good benefit to the ratepayers,” says Pam Ellis, a board member appointed by the Yellowstone County.

“We’re to look through all our bylaws and get everything all straightened up so we’ll don’t won’t have any issues going forward. No more turmoil. Just a little communication, that’s all I think that’s all. You know we want here with the Heights water board and the Heights district. The workers here, just, communication if anybody has a question just ask. And a little they’ll hear, say here and there, kind of blows it up. But no I think everything’s good everybody’s gonna work together and the board’s going to be a great team. So we’re excited,” the board vice president, Brandon Hurst said.

One member for a vacant seat needs to be appointed by the board.

Kalispell boy donates his hair to Wigs for Kids